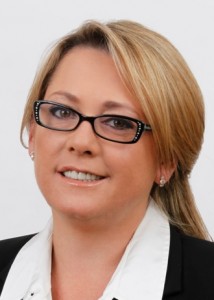 Claudia Foghini is no longer Senior Vice President of News at Telemundo.  She had been in that role since July 2010.

A source tells me she has moved to a position at Telemundo Studios, where she is now Sr VP, Production Strategy. She started that role last week.

An official announcement will be made next week.

Rumors of her departure from the news division had been swirling for a couple of months.

Foghini has been with Telemundo/NBC since 2001, starting out as a senior line producer, before becoming the Mexico City bureau chief for NBC News.  She was named Telemundo VP of News Production and Operations in 2008.