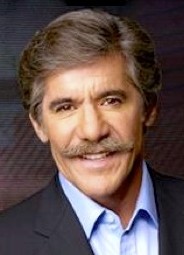 Talent agency William Morris Endeavor sued Geraldo Rivera in September, claiming he owes them more than $1 million in commission fees since 2010.  But now, Geraldo strikes back, filing a motion to dismiss that lawsuit, arguing WME did not represent him.

WME claims it negotiated Geraldo’s deal with Fox News, but that he stopped paying them a 10% commission at the beginning of 2010.

But Geraldo tells a different story. According to the Hollywood Reporter, Geraldo says that Jim Griffin represented him when he was at the William Morris Agency. According to Geraldo, Griffin was forced out of the agency at the end of 2009, when it merged with Endeavor. Geraldo says he moved with Griffin to Paradigm and has been paying his commissions to that agency since the beginning of 2010.