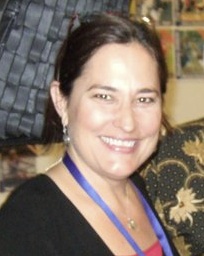 Lourdes Torres has been promoted  to Vice President of Regional News and Director of Special Projects for Univision News. She reports to Daniel Coronell, SVP and Executive Director of News at Univision.

In this new position, she will oversee all local newscasts aired on Univision’s owned and operated television and radio stations and their digital platforms, and will lead  efforts to enhance collaboration between network and local news operations.

In this new position, she is filling the void left by the departure of Sandra Thomas, Senior Director of Local and Affiliate News, just a month ago.

Until this promotion, announced yesterday, Torres was Director of Special Projects.  She was promoted to that position in 2011. She previously directed Univision’s election coverage since 1994.

An Emmy award-winning journalist, Torres has been with the company for 27 years. She joined Univision in 1986, when it was Spanish International Network. Since then, she has held different positions within Univision News, ranging from assignment editor to executive producer.