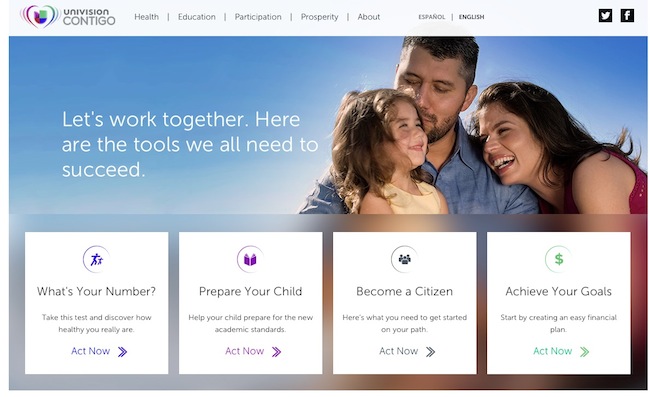 In order to strengthen its efforts, Univision teamed up with over a dozen partners, including the Bill and Melinda Gates Foundation, the U.S. Department of Education, the National Council of La Raza and MALDEF.

According to Univision, the site, which features topics such as health, education, financial literacy and political participation, will serve as the hub for online resources and tools – in English and Spanish – to help families assess their current situation, set goals and take steps to succeed.

“Univision Contigo” launched with a multiplatform awareness campaign running across Univision’s media assets, including its broadcast and cable TV networks, local television and radio stations, and numerous digital platforms. It will also expand to grassroots activities and efforts.