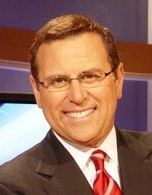 Carlos Amezcua, co-anchor of KTTV Fox 11’s 10 pm news has left the station to start his own production company.  Station execs told staff about his departure on Monday afternoon.  His last broadcast was Friday.

Kevin Hale, KTTV’s VP and general manager said in a statement: “After more than five years on KTTV’s Fox 11 10 p.m. news, Carlos Amezcua has decided to step down from the news desk to expand his own media and technology company, ‘Carlos Media Corp.’ here in Los Angeles…. We wish him continued success in building his own media and technology firm.”

Carlos joined KTTV in September 2007 as lead anchor of the 10 pm newscast, jumping ship from KTLA where he had anchored the morning news for 16 years.