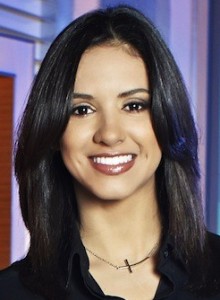 Ana Jurka joins Deportes Telemundo as reporter and co-host for several of the network properties, including current events segments featured on “Fútbol Estelar” and “Barclays Premier League” on Telemundo, mun2 and the deportestelemundo.com digital platform.

Before Deportes Telemundo, Ana was a sportscaster at WTMO, the Telemundo affiliate in Orlando.