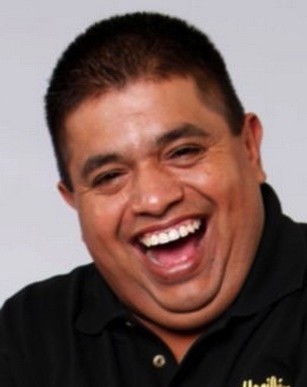 L.A.’s #1 morning radio host, Ricardo Sánchez, better known as “El Mandril,” has been missing in action. Although he was enjoying stellar ratings, he has disappeared from the KLAX-97.9 FM’s air.  The last day his fans heard his voice on the SBS station was Nov. 1.

Sánchez’s manager Fernando Schiantarelli told La Opinion that they only found out on Monday why “El Vacilón del Mandril” was pulled from the air.  He says it’s a pressure tactic while they negotiate his employment contract, which ends January 13, 2014.

Schiantarelli told the LA Times the DJ hasn’t been suspended and insists the show’s absence from the air has nothing to do with the fact that Nielsen has been investigating allegations of ratings tampering on Sánchez’s radio show.

The LAT reports that a KLAX programming executive confirmed the popular radio DJ’s program was taken off the air because of an investigation, but top company execs haven’t responded to inquiries about why “El Vacilón del Mandril” isn’t on the air.

Although Sánchez is off the air in L.A., Chicago and San Francisco, the DJ posted on his Facebook page that he can still be heard in more than three dozen other markets.

Sánchez still appears on the 97.9 FM website as one of the radio’s DJs.