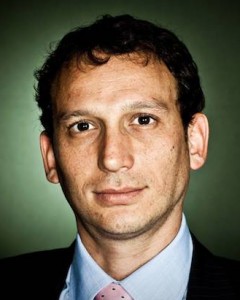 In his new role, he’ll oversee all of Fusion’s digital, mobile, and social media platforms.

Daniel was most recently a visiting Nieman Fellow at Harvard University.  He founded Animal Político, Mexico’s first news platform to launch exclusively on Twitter in 2010. He was previously Editor of PODER Magazine and was also Editor of Hispanic and LOFT Magazines.

From 2002 to 2005 Daniel worked in the creative department of Metro-Goldwyn-Mayer. He is the Founder and Managing Director of the ABC Fellows program.

This is Fusion’s first major executive hire since the Univision/ABC joint venture network launched on Oct. 28.