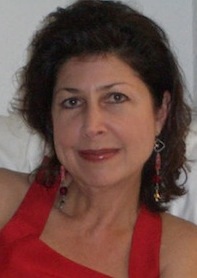 Cecilia, whose recent work as an independent journalist has appeared in Latina Magazine, Accent Miami, and Vista Magazine, is a former reporter for The Stockton Record, The San Francisco Chronicle, and Miami television stations WPBT, WSVN, WSCV, and WLTV.

Cecilia now works as a writer, writing coach and literature professor at the University of Miami and Broward College.

What drove her to write the book?

“My move to America and its subsequent drama have been the central focus of my writing.  The disintegration of my family, my mother’s downward spiral into insanity and my father’s abandonment are issues closely connected with my immigrant experience and lurk everywhere in my thoughts,” she says. 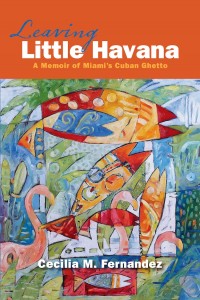 “The writer Lawrence Durrell says ‘to go forward, you must go back,’ this is one of the reasons I felt compelled to write this book.

The second reason is to give hope to all the young women and men who aspire to do something more with their lives. As an immigrant, the destruction of my Cuban self and the construction of my American one happened during the social revolution of the 1960s, which set in motion the liberal politics I embraced but that were taboo in my ethnic community, Little Havana.  An ethnic enclave grips the hearts and souls of new immigrants, making them conform to outdated values. It refuses to set them free to expand, to grow, to achieve their dreams.  Through my story, I want to help liberate those who feel trapped.”

Cecilia says she left reporting in the mid 1990s, in “the days of massive shakeups in the Miami television market.”

With her children now grown, she decided to go back to her first love: writing.

“I write mostly creative nonfiction, which draws heavily from my journalistic background,” she says. “My next projects include finishing up a collection of stories and translating Leaving Little Havana into Spanish, so I can promote the book in Spain, Latin America and the Caribbean. I’m looking forward to going to the Book Festival in Havana, Cuba – my birthplace — to sell my book and close one of the many circles in my life!”

The book was released in December.