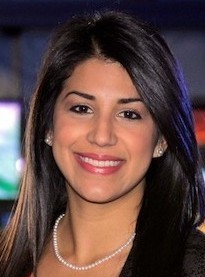 Jacqueline Crea is starting a new job as a reporter at CBS affiliate KHOU-11 in Houston in mid-January.

She jumps 81 markets from El Paso, where she was most recently weekend anchor and reporter at NBC affiliate KTSM.

A Los Angeles native, Jacqueline was a freelance writer at KNSD in San Diego and an agent assistant at Creative Artists Agency in Los Angeles before joining KTSM in October of 2011.  Her last day at KTSM was December 17.