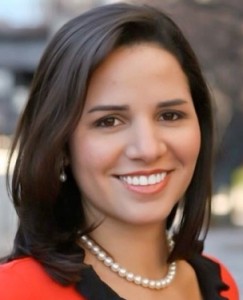 In addition to being a CBS 58 News reporter, Sandra Torres is now also co-anchor of Telemundo Wisconsin’s 10 pm news.

She started the new gig on January 6, sharing the anchor desk with Carlos Vergara, also a reporter for Milwaukee CBS affiliate WDJT.

Both WDJT and Telemundo Wisconsin are owned by Weigel Broadcasting and share news resources.

Sandra joined WDJT in June of 2012.  Before moving to Milwaukee, she spent 5 years in Chicago, first as a general assignment reporter, weather anchor, producer, and writer for Telemundo’s WSNS-TV, and later as a content producer for NBC’s WMAQ-TV.