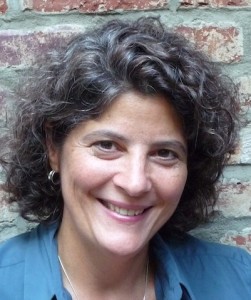 Longtime journalist Maite Junco has been named Senior Advisor to the Chancellor for Communications and External Affairs for New York’s Department of Education. In her new role, she’ll oversee the department’s media relations and government affairs operations.

She took over the position effective Monday, February 10.

Maite was most recently Editor of  Voices of NY, a website housed in the CUNY Graduate School of Journalism. She previously  spent more than 15 years at the NY Daily News in several roles, including Assignment Editor, Deputy Metropolitan Editor for Enterprise and Managing Editor for Hispanic publications Viva, an English-language weekly section in the paper focusing on Latin culture, and Hora Hispana, a free Spanish-language newspaper.

She has also worked as a reporter for Bloomberg LP and as an editor for El Diario-La Prensa. Before moving to NY in 1989, she was an Assistant News Director at Puerto Rico’s WSJN TV, Channel 24.

Maite has been very active in political campaigns. She was most recently part of the Mayor-elect Bill de Blasio transition personnel team, but has previously held roles as Campaign Director for the Committee to re-elect Nydia Velázquez, Director of Communications for the Committee to re-elect David Dinkins and Deputy Press Secretary for the Clinton for President national campaign.