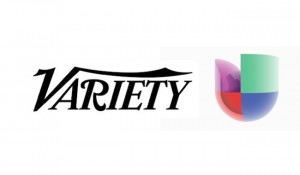 Univision Communications and Variety Media LLC have partnered to launch a new multiplatform co-branded website that will focus on Spanish-language entertainment news.

“Variety Latino–Powered by Univision” is slated to launch on February 27.

The media alliance is set to launch in time for the 2014 Oscars. According to Univision, the site will offer comprehensive coverage of the event in Spanish, leveraging Variety’s access and Univision’s platforms.

The new venture will be introduced to the industry at an event in Los Angeles on February 27.