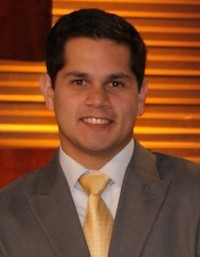 He started anchoring the newscast on Wednesday, March 26. WUVC’s nightly newscast airs Monday through Friday at 6:00 and 11:00 pm.

Jaime returns to WUVC Univision 40 after a brief stint at WXTV Univision 41 in New York as a News Assignment Desk Editor for the 11:00 pm. newscast.

He was part of the anchor team that launched Univision’s first half-hour newscast in Raleigh in 2011.