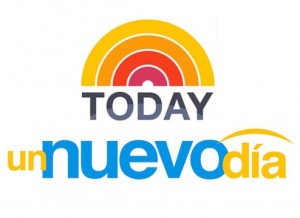 Grammy-winning Colombian pop star Juanes will be performing live from Rockefeller Plaza in New York City – and the concert will air live on both NBC and Telemundo.

The event, scheduled for Monday, April 21 at 7 am, is part of NBC’s “Today Show” spring concert series, which will be simulcast with Telemundo’s “Un Nuevo Día.”