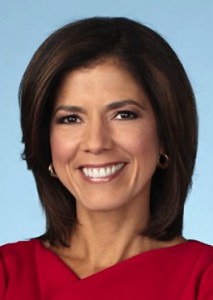 Zoraida Sambolín is returning to WMAQ in Chicago as morning co-anchor. She starts the new job in May.

Zoraida worked at the NBC-owned station for 9 years. She left her anchor job on “NBC 5 News Today,” to join “Early Start” on CNN in 2011.

She left CNN after 2 years and moved back to Chicago in December of last year.  At the time, she said she needed to dedicate time to her family. Earlier in the year, she was diagnosed with breast cancer and underwent a double mastectomy.

Zoraida replaces Daniella Guzman, who replaced her when she left.  Daniella today was named morning co-anchor at KNBC-4, the NBC-owned station in Los Angeles.