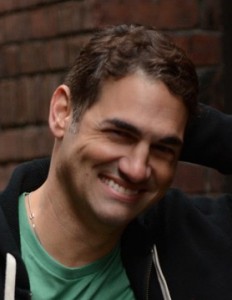 Former Boston Globe writer and current Sun Sentinel features reporter Johnny Diaz has released his fifth novel. Looking for Providence is a romance that features – what else? – a Cuban American newspaper reporter.

His previous novels Boston Boys Club, Beantown Cubans and Take the Lead were set in Boston and Miami Manhunt in Miami, but he decided to move his most recent story to Rhode Island.

“I wanted to write a fun, light-hearted story about the power of friendship and finding that special someone and set the story in one of New England’s most photogenic and charming cities – Providence! After spending so much time during my weekends away from Boston where I was a reporter, I was surprised to learn that there hasn’t been a gay novel set in Rhode Island’s capital city which has a strong and large gay community as well as a growing Latino one. It was a story waiting to be written,” Johnny says. 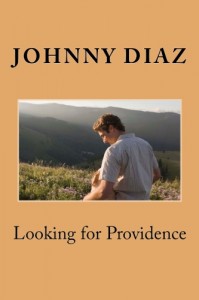 “The book is my love letter to the city told through the eyes of young newspaper business reporter Ronnie Reyes.”

Looking for Providence was just published this month.

All of Johnny’s books feature a main gay Latino character and his friends.

Before he worked at the Sun Sentinel and the Boston Globe, Johnny was a general assignment Metro reporter for his hometown newspaper, The Miami Herald.

He also writes about his adventures of being a gay Cuban-American in Miami/Boston on his blog: www.beantowncuban.com.