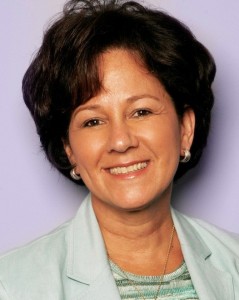 Mónica C. Lozano today announced she is leaving her role as CEO of impreMedia and as Publisher of La Opinión. She will, however, remain as Chair of the Board of impreMedia’s parent company, US Hispanic Media Inc.

In an email she told staff: “After almost thirty years with this great company, I have decided it is time for me to pursue other opportunities.”

“I am forever grateful for the privilege of guiding first La Opinión and then impreMedia through some of its most important years,” shared Mónica in her farewell message.

“Over generations, our company has been defined by its unwavering commitment to producing high quality, relevant content for the Latino community and as a result we are among a very small handful of institutions that have contributed so much to its growth and empowerment.”

As chair of the board, Mónica says she will continue to participate in the strategy and direction of the company.

Mónica is widely regarded as one of the most accomplished and powerful Latinas in U.S. media. She is the granddaughter of Ignacio E. Lozano, Sr., founder of La Opinión newspaper, where she began her career in 1985. She worked her way up to become publisher in 2004. She was named CEO of impreMedia in 2010, leading the transformation of the company from a newspaper business to a multi-media, multi-platform, content company.

Mónica’s influence reaches across multiple corporate boards. She sits on the board of directors at the Walt Disney Company, Bank of America Corporation, the National Council of La Raza and the Rockefeller Foundation, among others.

In 2009, she was named to President Obama’s Economic Recovery Advisory Board.

In 2012, impreMedia was acquired by Argentina’s La Nación newspaper through its subsidiary, US Hispanic Media Inc.

“We thank Monica for her inspired leadership and are pleased that she will continue to be involved with impreMedia,” Seghezzo said in a statement. “Her wisdom and experience will remain integral to our ambitious plans for expanding the reach and impact of our growing array of multi-media content platforms.”

You can read a more detailed account of La Nación’s acquisition in this 2012 Poder magazine article.