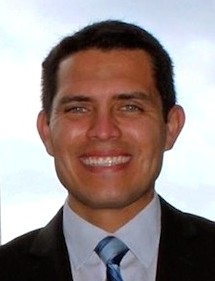 Univision network is opening a new bureau in McAllen, Texas and Pedro Rojas will be its first correspondent.  He starts the new job on Monday, May 26.

Pedro is currently a reporter/anchor for KXLN-45 Univision Houston, where he has worked since December of 2004. His last day at the station is Friday, May 23.

Originally from Venezuela, Pedro moved to the U.S. in May of 2001 and began working as a news reporter KSVN Channel 66 in Salt Lake City, Utah.  He also hosted a radio show during that time in the Spanish programming at KWCR-FM 88.1 in Ogden, Utah.

In 2003, Pedro became the Executive Producer and news anchor at Independent News Network in Davenport, Iowa where he was responsible for the broadcasting of newscasts for several Univision affiliates in cities such as Salt Lake City, Utah, Amarillo, Texas, and Little Rock, Arkansas.