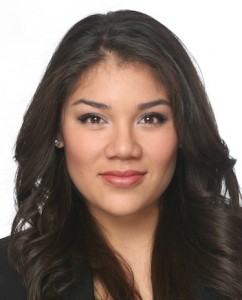 Today is Astrid Solorzano’s first day as a reporter at KTHV-11, the CBS affiliate in Little Rock.

She makes the move from her hometown of San Diego.

“I’m excited to have made the move to Little Rock and look forward to growing with THV11,” says Astrid. “I’m far from home, but know that moving across the country to pursue my dreams will make me stronger as a reporter, and as an individual.”

This is Astrid’s first reporter job after graduating from college and finishing her master’s degree from USC in June. She previously interned as a reporter at Univision Costa Central and Washington DC.