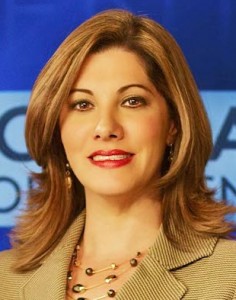 Elsa Elena Agosto, who joined Univision Orlando as weather anchor/reporter in February of this year, has been promoted to 11 pm anchor. She co-anchors the newscast with Paul Gamache.

“I’ve been waiting for this opportunity here in the U.S. for the past 9 years. This is another accomplishment in my professional career,” says Elsa Elena.

Before moving to Orlando, Elsa Elena spent over 2 years as a reporter and back-up anchor for “Primera Edición” at Univision Dallas. She previously worked as a reporter/anchor at WAPA TV in Puerto Rico from 2000 to 2005.

Before that, she was a Puerto Rico correspondent for “Primer Impacto” and the now-defunct “Ocurrió Así.”