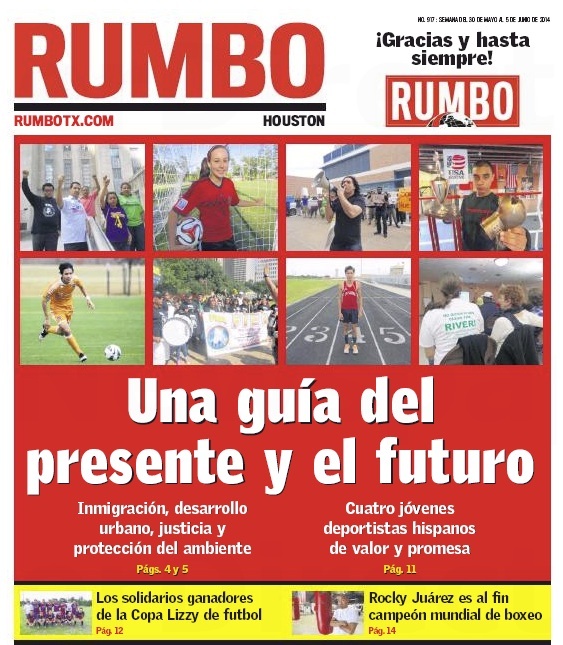 Calling it a change in strategy, impreMedia has stopped publishing the print edition of its Texas weekly Rumbo. The company quietly acknowledged to its employees via email just this past Friday, June 6, that the final run of the Houston-based paper was a week earlier – Friday, May 30th.

According to the email, sent in press release format, Rumbo’s conversion to an all-digital format is a way to keep the brand “relevant” and is part of  “impreMedia’s corporate commitment to be number one or two in every market.”

According to the company, Rumbo is currently the fourth-ranked Spanish-language newspaper in Houston.

“We consider Houston a key market for impreMedia and remain committed to the quality content our readers have come to expect and love,” Damián Mazzotta, General Manager, West, impreMedia said in a statement. “60% of impreMedia’s users come from smartphones, so we believe this transition will make us more efficient and allow us to better focus our efforts on our growth strategy providing clients with added value through custom solutions.”

impreMedia bought three Rumbo newspapers in Texas from Meximerica Media Inc. in 2007. The failed newspaper chain was originally launched as dailies in four Texas markets in 2004, downsized to three times a week and in January of 2007, converted to a weekly publication. Only the Houston-based weekly survived until its final print publication on May 30.