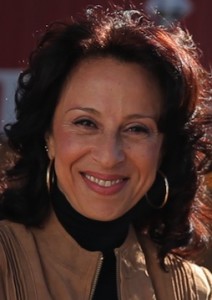 The Corporation for Public Broadcasting (CPB) has awarded María Hinojosa an $850,000 grant through its Diversity and Innovation Fund to produce 8 new half-hour episodes of “America By The Numbers.”

The series, which previously had a pilot run in 2012, examines how an increasingly diverse population is influencing culture, commerce, and politics in the United States.

“America By The Numbers” is hosted by María Hinojosa, and produced by her company Futuro Media Group in collaboration with WGBH-Boston. The series will air on both PBS and the World Channel, a 24/7 digital multicast public media channel.

Each episode will focus on news stories that are under-reported in the mainstream media, such as health disparities in the U.S. as viewed through the lens of infant mortality, the impact of a domestic oil boom on Native American lands, and the high dropout rate in Asian American refugee communities (part of the CPB American Graduate initiative).

CPB’s Diversity and Innovation Fund supports the production of diverse primetime and children’s broadcast content and innovation projects. Since 2011, the fund has provided more than $31 million in grants to projects such as the Peabody Award winning “180 Days,” “Ruben Salazar: Man in the Middle,” and “The Graduates/Los Graduados.”

The Futuro Media Group, founded by María Hinojosa, which also produces the long-running public radio series Latino U.S.A., will be the lead producer on the project, which includes the television series, digital content, and community engagement.