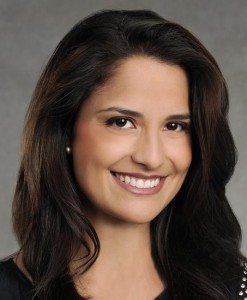 Diana Perez has left her job as co-anchor of ABC’s overnight news program “World News Now” and “America This Morning” to spend time with her family. She gave birth to her second child earlier this year. Her last day was Friday, May 30.

Diana joined ABC News in April 2012 as a correspondent for NewsOne, ABC News’ affiliate news service. She was previously weekend evening anchor at CBS station WBZ-TV in Boston. Before that, she spent 3 years as a bureau reporter and fill-in anchorat WVIT, the NBC O&O in Connecticut.

Perez was the main bureau reporter and fill-in anchor at NBC Connecticut. She began her on-air career as a reporter and morning news anchor at News 12 The Bronx in New York City.