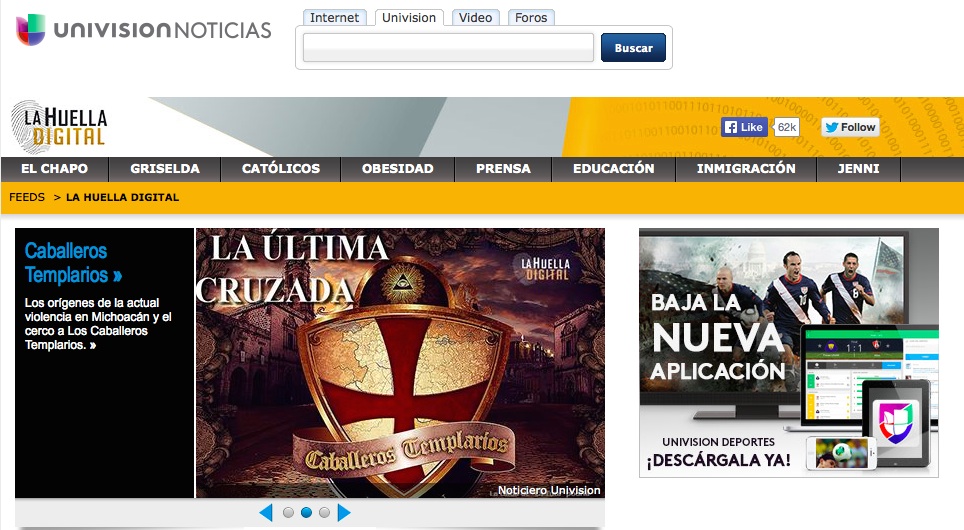 Launched in August 2013 as part of Univision.com and NoticiasUnivision.com, La Huella Digital focuses on topics of special interest to U.S. Hispanics who visit those portals and their respective mobile apps daily.

The special projects site features comprehensive coverage of different issues throughout the year, presented through articles and interactive media elements that include infographics, photos, and videos.

Since its launch, La Huella Digital has published extensive reports on topics such as immigration reform, the DACA program, the Affordable Care Act (ACA), education, the canonization of Popes John Paul II and John XXIII, the obesity epidemic, and the Mexican drug cartel wars, among others.