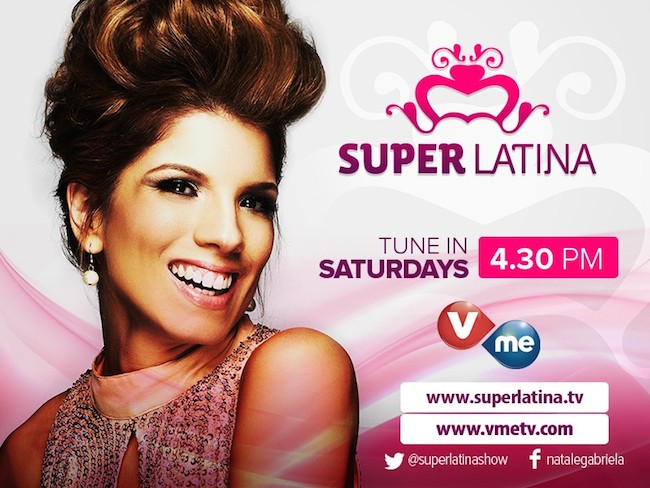 Gaby Natale, host and executive producer of the Texas regionally-syndicated “SuperLatina,” will soon have nationwide exposure.

A former news reporter, Gaby, now a TV host and entrepreneur, is thrilled with the Vme deal, because it will expose her show to a much larger audience.

“Superlatina” is currently seen in several cities in Texas and New Mexico, but thanks to Vme, it will be seen in 43 different markets across the country.

“After seven years on the air and six Emmy nominations, to say we were ready to go national is a big understatement,” says Gaby. “We started this show out of a borrowed carpet warehouse in Odessa, Texas in 2007. We have taped over 280 episodes and we have done our own syndication city by city, state by state. Online, we have surpassed 25 million views on YouTube alone. If we’ve come this far by sheer will, we can’t wait to see what we can achieve with the support of Vme.”

Gaby is the co-founder and President of AGANARmedia, a content development and grassroots marketing company with a focus on Hispanic audiences that produces “SuperLatina.” In addition to owning the rights to the show, Gaby also a television studio. She says this has allowed her to “combine my passion for media and my entrepreneurial spirit.”

The series on Vme will kick off with episodes of “Lo Mejor de SuperLatina,” showcasing interviews with talented Hispanic celebrities such as Enrique Iglesias, Don Omar, Prince Royce, and Eugenio Derbez.

Before starting her own company, Gaby was a Mexico border correspondent for TV Azteca and an anchor for Univision in Texas.