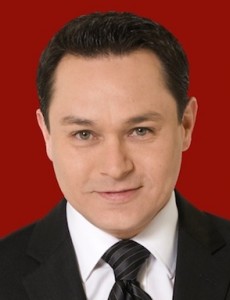 Reporter Carlos Rausseo had been performing fill-in anchor duties since September of 2013, when anchor María Rozmán left the station to take on a job as planning producer for CNN in Washington, D.C.

Guillermo was most recently producer, news coordinator and anchor of the 11 pm newscast at the Entravision-owned Telemundo affiliate in San Diego.

He was previously anchor of the “Notivisa” 6 y 10 pm Televisa newscasts in Baja California and also worked as anchor/reporter for  Televisión Azteca’s “Hechos BC”.