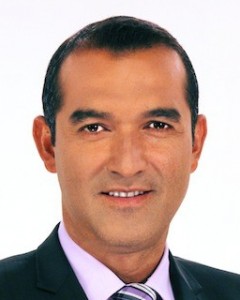 In his new role, he’ll lead all new business development efforts for the agency, which connects consumers and brands through music, sports and cultural culture.

César returns to Chicago, where he started his career in 1994 with the Chicago Tribune and WGBO Univision. In 2000, he joined WSNS, Telemundo O&O in Chicago.

Shortly after NBC Universal bought Telemundo, he was promoted to management positions within the company. He began as a Local and National Sales Manager for WSNS, then became Director of Sales for Telemundo and NBC Miami, eventually advancing to General Sales Manager for KSTS-48 Telemundo in the San Francisco Bay Area.

He moved over to Titan Broadcasting in July of 2009, where he was hired as President & General Manager to launch the company’s new affiliation to the Estrella Network for their full power station KTNC-TV 42 in San Francisco.

Three years later, he also launched the MundoFox affiliation in San Francisco through KCNS-TV 38, a second full power station acquired by Titan Broadcasting. He also had a brief stint as General Sales Manager of América TeVé in 2013.