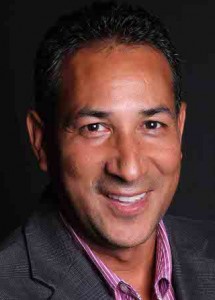 Miguel Rosa has joined the management ranks. A photojournalist for Puerto Rico’s WIPR Channel 6 for the past 15 years, Miguel has been promoted to General Manager of WIPM Channel 3 in Mayagüez.

In his new role at the Puerto Rico Public Broadcasting Corporation station, he is in charge of the station’s administration and operation.

“I’m honored to be given this oportunity. It’s a whole new challenge, but I know it will be rewarding. It gives me a whole new perspective of the media world.”

In recent years, Miguel had been colaborating as a Project Manager and was interagency coordinator between the WIPR stations and other government agencies.

Miguel, a former president of the Puerto Rico Photojournalists Association and Region Director of NAHJ, is an advisor for the cultural magazine Identidad. He also teaches TV production at several universities in Puerto Rico.