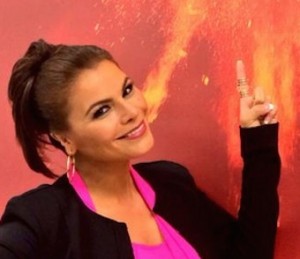 Telemundo has tapped music icon Olga Tañon to join its new reality show, “Yo Soy El Artista.” The five time Grammy award-winning singer will be school director and judge of the music competition, “Yo Soy El Artista,” slated to premiere in September.

Tañón will oversee the school where all contestants will live together, in addition to her role as one of the celebrity and expert judges.

“Yo Soy el Artista” will feature contestants who have to sing, dance and demonstrate star quality and showmanship in a 13-week competition where the winner will be named the ultimate “Artist.” Castings for the show were held across major cities in the U.S. and Puerto Rico.

“Yo Soy el Artista” is based on an original concept from Reset TV founders, Toni Cruz and Josep Maria Mainat, the creators of popular entertainment formats such as “Crónicas Marcianas,” “Mira Quien Baila” (which airs on Univision) and “Operación Triunfo.”