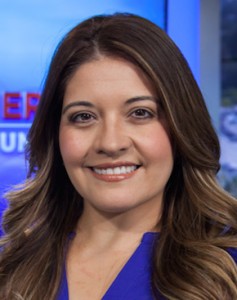 Sandra Bermúdez has joined KSTS-48 as reporter for “Noticiero Telemundo 48” at 6 PM and 11 PM. Her first day at the Telemundo O&O in San Jose was September 2.

Sandra was most recently morning anchor for “Primera Edición” at Univision KUVN and for “Vive La Mañana” at KSTR Unimás 49 in Dallas.

She previously worked at Univision San Diego where she was the anchor for both the morning and evening newscasts.

She began her journalism career in Mexicali, where she worked as an anchor for Televisa.