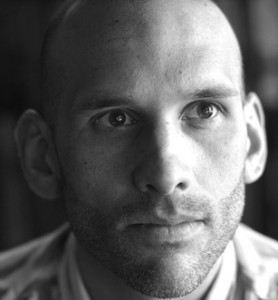 Alexis Madrigal is leaving his job as Deputy Editor of The Atlantic for a new job as Fusion’s Silicon Valley Bureau Chief.

In his new role, he’ll oversee technology coverage across the company’s digital and television platforms as well as through live events.

Alexis will also executive produce and host a new television show that will air on the network.

“Over the next few months Alexis will lead our efforts to create and expand Fusion’s editorial footprint in the Bay Area,” CEO Isaac Lee told staffers in an email. “His team will be uniquely focused on the trends shaping the future — from robots to pandemics, they’ll explore how factors including technology, demographics, and science are converging to shape the world ahead.”

Alexis, who had been promoted to Deputy Editor in July of this year, started working at The Atlantic in 2010.

He was previously a staff writer for Wired magazine from 2007 to 2010.