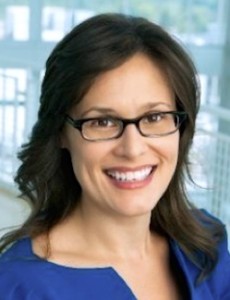 Caroline Pérez has moved up the ranks at the Discovery-owned Destination America channel. She has been promoted from Senior Director to Vice President, Production and Development.

Caroline, who is based in New York, has been with Destination America since 2011, developing and executive producing top performing series on the network including “Mountain Monsters” and “Railroad Alaska.”

She joined Discovery in 2009 as Director of Production for TLC, where she oversaw creative and production of hit series including Four Weddings, Extreme Couponing and DC Cupcakes.

She previously spent 5 years as Director of Development & Production at VH1 in New York, executive producing pilots and series including five seasons of Celebrity Fit Club.

Before VH1 she worked for NBC’a East Coast Programming and Development Department, later moving to the publicity department, where she was responsible for publicity strategies for series including “Law & Order,” “Law  & Order: Special Victims Unit” and “Crossing Jordan.”