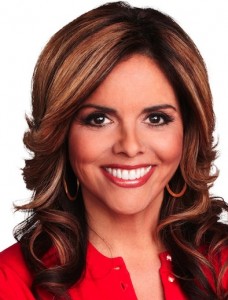 CNN’s plans to lay off about 1500 people has begun.

Jane Velez-Mitchell is the first high profile talent casualty of CNN’s deep restructuring. The network cancelled Jane’s nightly HLN show, effective today. She, as well as her entire staff – about 15 people – are leaving the company.

Jane’s show would have celebrated its 6th year anniversary this coming Friday. Originally launched as “Issues with Jane Velez-Mitchell” on October 17, 2008, when Glen Beck left CNN for Fox News Network, the show’s title changed to “Jane Velez Mitchell” in February of 2012.

Before hosting her own show on HLN, Jane worked for Nancy Grace as producer and fill-in host.

She previously reported for the nationally syndicated show “Celebrity Justice” and spent more than a decade anchoring and reporting for KCAL-TV in Los Angeles. Before that, she was a reporter/anchor for eight years at WCBS-TV in New York City.

According to a story on The Wrap, Jane’s show was struggling in ratings. It lost 31% in total viewers in the third quarter of this year compared to the same period in 2013. The program averaged 227,000 in total viewers and fewer than 100,000 in the 25-54 news demo in the most-recent full quarter.

Turner Broadcasting last week announced plans to reduce its workforce by 10% – estimated at about 1,500 employees.

The layoffs will affect staffers in Atlanta, NY, Washington, D.C. and Los Angeles.

Approximately 900 employees from different Turner divisions in Atlanta will be let go. CNN Worldwide will lose a total of 170.

These latest layoffs follow cuts at CNN and Turner in Atlanta last Wednesday. Apparently, mostly sales employees from CNN and HLN and some workers from TNT were affected.

Back in August, the company offered voluntary buyouts to 550 employees, indicating that if not enough staffers accepted the voluntary buyouts, there would be layoffs. Only about 130 CNN Worldwide employees took a buyout.