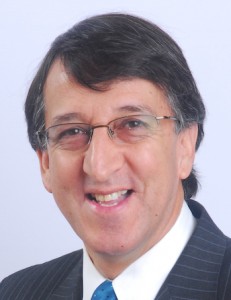 Hernando Amaya is leaving Las Vegas. He has accepted a position as News Director of Norsan Media where he’ll oversee news operations for all of the company’s media properties in North and South Carolina, Florida and Tennessee.

He’ll be based in Charlotte, N.C.  He starts the new job in early December.

In his new role, he’ll be in charge of news content for three Hola Noticias weeklies, four radio stations and a soon-to-launch Estrella TV affiliate station.

“I’m looking forward to this new challenge,” Hernando tells Media Moves. “It’s a great honor to be part of a company like Norsan Media that’s growing and whose owners have great vision. They see the importance of investing in the Latino community.”

Hernando has more than 30 years of journalism experience. He was most recently the Managing Editor of the MundoFox affiliate newscast in Las Vegas until last Friday, November 7.

He previously spent 12 years at El Tiempo newspaper in Las Vegas, working as a writer and Editor-in-Chief. He also worked as a radio host and producer in Las Vegas and his native Colombia.