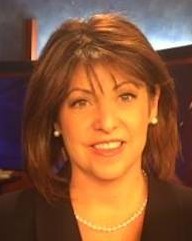 After spending the last 3 years as KTSM’s morning anchor, Noreen Jaramillo has left the El Paso NBC affiliate. Her last day on “News Channel 9 Today” was Wednesday, November 26, just in time for Thanksgiving.

“I will remain here in El Paso with my husband and kids,” she shared with her Facebook followers. “I have been so blessed! I believe God has another plan for me and that one door may close but another will open.

Most of Noreen’s career has been in El Paso. She spent 13 years as an anchor/reporter at KVIA-7 and KFOX-14, before moving to the San Francisco Bay Area to take a reporter job at Fox affiliate KTVU in San Francisco.

In 2006 she returned to El Paso… and to KFOX, but this time as morning anchor. When the station didn’t renew her contract, she did a brief stint as public information officer at the New Mexico Department of Agriculture. She landed the job at KTSM in 2011.