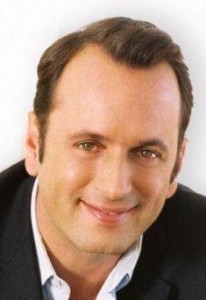 Pierluigi Gazzolo has been promoted to President of the Americas division of Viacom International Media Networks (VIMN), responsible for its operations across Latin America, Canada and the US Hispanic market (Tr3s).

He’ll be moving from New York to be based in Miami and report to VIMN President and CEO, Bob Bakish.

Gazzolo has been acting as interim Managing Director for VIMN Americas since July, in addition to his role as Chief Operating Officer (COO) of VIMN.

In his new role, Gazzolo will lead one of VIMN’s most important business divisions, spanning operations in Argentina, Brazil, Colombia, Mexico, Canada and US Hispanic (Tr3s). He’ll oversee the ongoing expansion of VIMN’s portfolio of TV channels, as well as increased investment in original local productions for MTV, Nickelodeon and Comedy Central branded networks.

In addition, Gazzolo will retain his role as the Nickelodeon brand lead for all markets outside of the U.S., with its centralized Programming, Marketing, Creative, Consumer Products and International Program Sales teams continuing to report to him.

Gazzolo was most recently VIMN’s Chief Operating Officer since January 2011, in charge of VIMN’s strategic services across the company’s multiplatform operations outside the U.S., including MTV, Nickelodeon, Comedy Central, BET, Paramount Channel, VH1 and VIVA, as well as Viacom’s U.S. Hispanic service Tr3s.