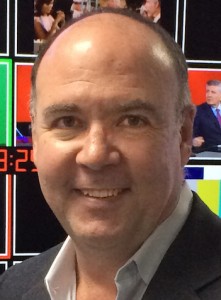 Meruelo Media has hired Rick Rodríguez to lead its television and studio initiatives, effective immediately. In his new role as General Manager for Meruelo Television, he’ll be expanding the company’s production capabilities as it pursues a national strategy for its Super 22 channel.

In addition to overseeing programming, production, promotions and operations for the Super 22 channel, he’ll develop distribution and content strategies for its national expansion alongside Meruelo Media’s entertainment production business unit.

Rodríguez will be based in Los Angeles and report to Otto Padrón, President of Meruelo Media.

Rodríguez is a 30-year industry vet, whose experience includes managing English and Spanish-language networks internationally and in the U.S.

Among his most recent roles, he was President and General Manager of the bilingual Qubo children’s network, a joint venture of Scholastic, NBC and ION Media.

He was also Executive Vice President of Content for Discovery Networks International, and General Manager of the Travel Channel U.S., where he developed some of that network’s most successful and longest-running programming including Anthony Bourdain’s “No Reservations.”