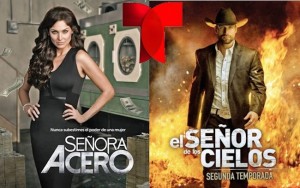 Telemundo ranked #1 Monday among adults 18 to 49 for 12 consecutive weeks during the 10 pm timeslot Monday through Friday.

According to Nielsen data, Telemundo outperformed Unvision from August 25 to November 10, fueled by its narconovelas.