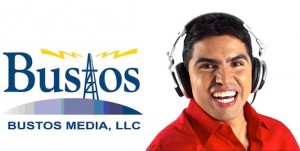 Eddie “Piolin” Sotelo continues to expand syndication of his new morning show. This time, Bustos Media has picked up “El Show de Piolín” for six of its radio stations.

Entravision, which announced it added “El Show de Piolín” to 16 of its stations on Dec. 9, is syndicating and handling network advertising sales for the show on a national basis.