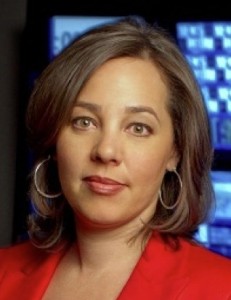 Janelle Rodríguez, VP of Programming at CNN for the past three years, is leaving the cable news network. She had been with CNN for 15 years.

Starting in January, she’ll be SVP of Editorial at NBC News, reporting to Deborah Turness.

In her new role, Rodríguez will be in charge of coordinating enterprise and original storytelling, as well as guiding breaking news coverage.

She’ll also oversee NBC News’ specialist editorial units, focusing first on investigations and medical, with more planned. Richard Esposito, Sr Executive Producer of the investigative unit will report to her, as well as the bookings unit.

In a memo sent out to staff on Tuesday, Turness wrote about the hire:

“We began the search for this position on the leadership team approximately six months ago, and in Janelle, we have found the right combination of skills and expertise.”

While at CNN, Rodríguez held a number of producer jobs, increasing in responsibility. Among her many roles: EP of “American Morning” and Sr producer for “Anderson Cooper 360” and “The Situation Room.”