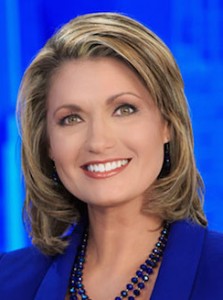 Anchor Karen Borta is taking an unusual step. After almost 20 years as main anchor at KTVT-11, the CBS O&O in Dallas, she has decided to leave the evening newscasts to do mornings at the station.

She’ll stay on for the next couple of weeks doing the 5, 6 and 10 pm news and switch to early mornings starting Monday, January 12.

“My three children are now in high school and junior high. This new schedule will finally allow me to do the things that so many people take for granted, such as eating dinner with my family and attending my kids’ weeknight games – all things I often missed when working nights,” Karen explained on the air.

“As parents, we don’t get do-overs, and it means the world to me to be able to fully participate in this part of their lives before they leave the nest.”

She also went into more detail about her reasons during a newsroom announcement.

Karen joined CBS 11 News in 1995. She was previously an anchor and reporter at CBS affiliate WTVT-TV in Tampa, KRBK-TV in Sacramento and KCEN-TV in Waco.