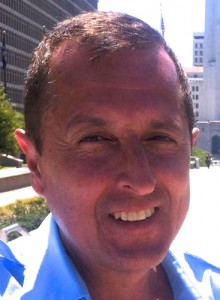 Ruben Villaescusa has been promoted from Assignment Manager to Assistant News Director at KTTV-11, the Fox-owned station in Los Angeles where he has worked for the past 21 years.

During his tenure at KTTV, Ruben has been a writer, producer and assignment editor.

He previously worked as a writer and producer for KTLA Los Angeles and was also the assignment manager at KCOP Los Angeles.

Ruben began his career in television as the assignment editor at KTLA Los Angeles.