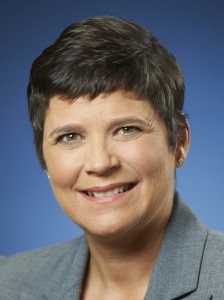 Chiqui Cartagena is switching jobs within Univision Communications, Inc (UCI). The company announced that effective immediately, she has been named Vice President in its Political and Advocacy Group. She was previously VP, Corporate Marketing.

Cartagena will report to Joe DelGrosso, EVP of Political and Advocacy Sales. She’ll continue to be based in New York and work closely with the UCI team in Washington D.C. as well as UCI General Managers in key markets.

In this new role, Cartagena will provide thought leadership and strategic guidance to help political candidates and advocacy organizations reach and engage Hispanics.

Since joining Univision in 2011, Cartagena has led the development and implementation of corporate marketing strategies and the creation of proprietary consumer research tools and ethnographies for various team including the Political and Advocacy group on key political issues affecting Hispanics.

According to Univision, she was instrumental in the development of Univision’s 2014 Hispanic Vote website, designed to help political strategists, media buyers and planners understand and reach Hispanic voters.

Prior to Univision she served as SVP of Business Development for Story Worldwide, a digital content marketing agency.

Before that, she was the Managing Director of Hispanic Ventures at Meredith. Her career also includes previous roles as Sr Director of Columbia House’s Club Música Latina and General Manager of Hispanic at TV Guide.