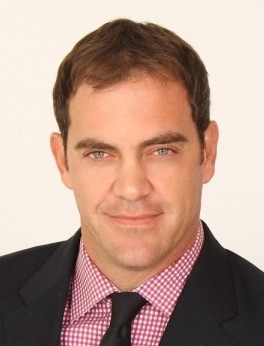 Former MundoFox President Emiliano Saccone has landed a new media role as the Chief Operating Officer of the FAV! Network.

The digital entertainment startup targets Latino millennials, the majority of which, Saccone says, “spend more time online and on YouTube than watching television.”

Founded by a team of private venture capital investors, FAV! is headquartered in Buenos Aires, Argentina and has offices in Los Angeles, as well as a strategic alliance with Marvista Entertainment.

“The chances for Latino youth in the U.S. To watch Spanish-language content are slim at best,” says Saccone. “What do they watch?…Well, they do spend most of their time online, primarily on Youtube following Youtubers.”

“Some of them have more followers and audience than many TV shows. Based on that, we figured that’s a model to follow if you want to reach that audience…. Part of what we do involves nurturing our very own talent. Another part is about aggregating talent that is already available and may have their own YouTube channel.

As a digital entertainment company we can offer them advice, promotion, increased exposure and a number of other benefits. For example, there are synergies that can come from our association with a well established entertainment company like MarVista Entertainment where some of that talent can be brought into major TV or film productions.”

As an example, he points to popular YouTuber Hola Soy German, who generates multi-million views. The new year’s resolution video he posted only a week ago has already attracted almost 6 million views.

Saccone refers to the Chilean YouTuber, considered one of the top 10 in the world, a “true phenomenon,” and the type of success stories they want to tap into.

The digital realm is a change for Saccone, who has spent his entire career in the television industry.

“This has nothing to do with working in a mega corporation like Fox (where he worked for 19 years). It’s a huge change in my life, but I’m really happy. I really believe this is the way into the future of media.”