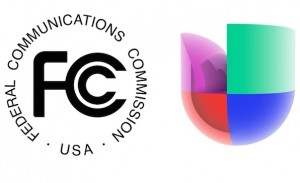 DJs at Univision’s WXNY-FM in New York City illegally aired the emergency alert system tone several times in a comedy sketch, but the FCC isn’t laughing… and neither is Univision.

The FCC launched an investigation after a complaint from a listener who heard EAS tones during the Luis Jimenez Show on January 28, 2014. That show was canceled in July of last year.

Investigators discovered that several of WXNY’s disc jockeys played the EAS tones several times, even after they acknowledged to the public that doing so without a real emergency was illegal.

Broadcasting the tones outside an emergency or test violates FCC laws that protect the integrity of the emergency alert system.

As part of a settlement resolving the complaint, Univision Local Media, Inc. has to pay a $20,000 fine and implement a three-year compliance and reporting plan for WXNY as well as all of Univision’s radio stations across the country.

Univision wasn’t the only network recently fined for missing the EAS tones.

The FCC last week imposed a much heftier fine on Viacom and ESPN – $1.4 million for misusing EAS tones in promotional ads for the movie “Olympus Has Fallen,” about a fictional terrorist attack on Washington, D.C.