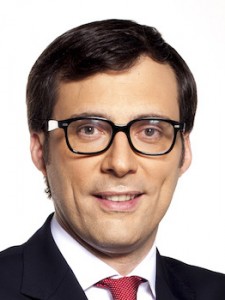 “It is a great challenge to join a regional outlet such a NTN24,” Gustau tells Media Moves. “It is an honor and a responsibility to bring my experience as a European journalist to offer a fresh perspective of Washington news broadcast from the nation’s Capital…to the people of the rest of the continent and also to the growing latino communities in this country.”

Gustau’s first day on the new job was January 1.

Prior to joining NTN24, he was the U.S. Correspondent for RAC1 Radio, headquartered in Barcelona, and a contributor for the regional daily newspaper Diari de Tarragona in Spain.

From 2008 to 2014, he was a communications consultant for the Inter-American Development Bank. He was previously Chief of the Communications Cabinet of the Ministry of Commerce, Tourism, and Consumer Affairs of the Catalan Government from 2003 to 2006. He has also worked for other media outlets in Barcelona such as Catalunya Ràdio, COM Ràdio, Europa Press and Ona Catalana, among others.