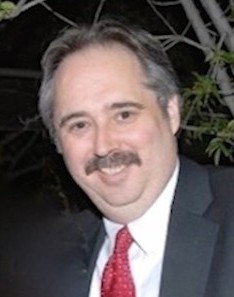 The San Antonio Express-News has laid off 8 to 10 staffers as part of a restructuring of the paper’s workforce.

Dino Chiecchi, who was the paper’s Administrative Editor for the past 5 years, Editor of Hispanic Publications since 2005, and previously worked at the paper in the 1990’s, was among the layoffs.

In a story for the SA Current, Hernán Rozemberg reports that management told employees about the layoffs during a staff meeting yesterday afternoon.

Without specifying how many, Express-News Managing Editor Jaime Stockwell today confirmed the layoffs.

“We had a small number of position eliminations this week as part of a broader reorganization,” Stockwell said in a written statement. “We intend to add to our reporting ranks and digital staff in coming weeks.”

In addition to Chiecchi, who’s also a former NAHJ national president, designer Bruno García, and producer David Holguín, who spent the last 18 years at the paper, lost their jobs.

According to the SA Current, the Express-News has seen its daily circulation plummet from about 230,000 copies a decade ago to 133,000 at the end of 2013, the most current audited count available from the Alliance for Audited Media.