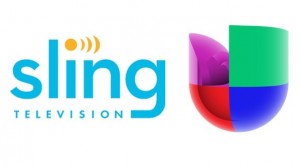 Online TV streaming service Sling TV has signed a deal with Univision to carry its broadcast and cable networks. Both companies made the announcement today.

Under the terms of the agreement, announced today, Sling TV will have over-the-top (OTT) multi-stream rights for live and Video-On-Demand content from Univision’s portfolio.