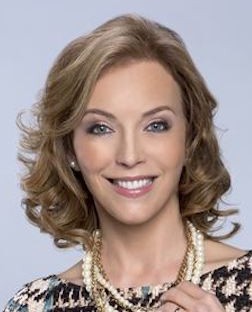 The Mexican singer and actress has had an extensive career on Televisa novelas, but recently started acting in Telemundo productions.

In addition to roles in Telemundo’s original productions “En Otra Piel” and “Reina de Corazones,” she has hosted the “Billboard Latin Music Awards” and participated in the Sunday night reality competition “Yo Soy el Artista.”